The Product of Progress: 3 Ways AI Will Change Recruiting 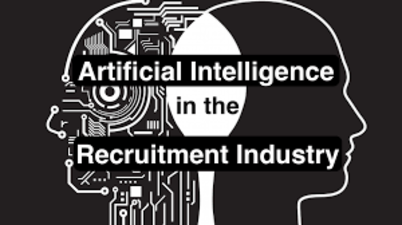 Here’s what the Industrial Revolution taught us. It’s really simple: if you’re a selection representative or recruiter who currently thinks AI could never, ever replace your job, you are mistaken. In fact, you’re not just naive, you’re dead wrong.

I know you’re about to start trolling me about how indispensable you are, and how no machine can ever replace your specialized skills, expertise or years of experience. But here’s the thing: it’s not about you, at all. The biggest change in recruiting will have almost nothing to do with recruiting – the future of the industry will be largely determined by how candidates adopt (and adapt) to new technology.

That is to say, in the event that you haven’t made sense of the significance of engagement in any case, or see regardless of what the market resembles, candidates are quite the ones in charge – at that point, you’re either capricious or run a work area for Robert Half.

For those of you who are at least a little aware of the shape of things and the reality of our professional existence, you know there’s more to the story than just right and wrong – there are a ton of shades of gray involving economics, egos and ethics at play here, too. Now, I can’t predict the future – and if I could, I’d sure as hell not be blogging for Xperttech.com. I’d take my capitalist ass over to some hedge fund and start building enough wealth so that I never, ever had to work again. Hey, the industrial age taught me something too – namely, greed isn’t good, but disposable income sure as hell is.

That said, I can clearly see how the rise of robotics, advances in automation, AI and machine learning will all coalesce to more or less reduce headcount across recruiting, with most of we replaced by machines quicker than you can say, “SkyNet.” Here are some of the biggest areas I think this latest tech revolution is going to again displace an entire category of workers – or at least, severely threaten the profession’s long term viability and sustainability.

1. Process Over People: The most obvious, of course, is that any area of our business where distinct inputs and outputs occur – stuff like screening, sourcing, and assessments – will largely become automated, with the intermediary role the recruiter plays rendered unnecessary by the ease of candidate and hiring manager self-service. This is just how machines work – put something in, get something out – that is, if we’re not talking about legacy HCM or ATS systems or InMail, of course.

When you can cleanly identify elements of a Boolean String, as an example, and then automatically refine or generate those strings based on previous results, algorithms and historical aggregate data, then that is a process that’s already become more or less automated, even if you’re still building them the old fashioned way. In fact, as technology like natural language search, improves with more data and more sophisticated semantic capabilities, machines will easily develop a better command of word associations, related terms, and modifiers than your brain is even capable of, even if you’re the best Boolean black belt in the world.

2. The Applicant Tracking System: Talk about a category that’s going to see some dramatic changes – I mean, these systems have to advance, or else, they’re going to be rendered more obsolete than the recruiters using them sooner rather than later.

But for you, the recruiter, increased automation will mean advances like dynamic profiling which automatically updates candidate records (which already exists, and is only getting better), unveil previously undiscovered candidates by moving from keyword to semantic search, moving to a standardized resume profile that’s transportable and universal, or even confirming applications or candidate identity via biometrics, such as using your fingerprint to initiate a background check upon submission of application. Don’t believe the hype and ignore the buzzwords. This is what the future looks like – and you don’t need to be an Oracle to see a market rife with disruption.

3. The Employee Experience: Of course, it’s not just how we look for work that’s going to change – it’s how we work, too. The employee experience will be profoundly altered by the rise of AI, whether that’s from changing the way employees interact with customers and each other, where they’re physically located, even what tasks and teams they’re assigned to – all of this can be optimized through machine learning. The perpetual problem with hiring managers – where they don’t trust recruiters to screen and select candidates or submit the right resumes without second guessing or second opinions – will be over, folks.

The blame game and finger pointing will disappear – hiring managers instead will be creating, managing and developing their own pipelines and talent pools, working as end-users of HR systems instead of segregated from them in order to directly control the hiring process, leaving them ultimately accountable for recruiting success or failure. Performance reviews, bonuses, and promotions will probably be impacted by people metrics like quality of hire for line managers, and consequently, machines won’t be the only things getting smarter about recruiting – our clients and customers will, too. That will free recruiters up to be way more strategic and actually partner on recurring, impactful projects instead of simply filling requisitions just in time, all the time, and do so with what’s now more or less a one-off transaction (and administrative burden). This should be a win-win for everyone.

Of course, though, like everything that sounds too good to be true, there’s a catch. The Recruiter would become the Hiring Manager. When a company knows that a Recruiter uses a particular AI and the Management of the Company is dead sure about that particular Application, then they would not need Hiring Managers on their rolls or perhaps to put it in a better term, they may not need all those Hiring Managers that they employ today.

The solution is straight forward. Do not let AI recruitment enter into your company directly. Insist that Staffing Agencies set up these complex dinosaurs at their end and therefore the only thing that would change on the ground is that Staffing Agencies with AI technology would eat up those other Staffing Agencies that do not advance into AI. Hiring Managers would still need to interview and okay the Candidate to fit the Company Culture.

Data isn’t absolute – it’s relative, even if there are hard numbers and math involved. The outcomes are completely predicated on the stuff we input into these machines in the first place, which leaves human error as a persistent problem which we’re going to have to learn to solve for if we’re really going to get the most out of our machines.

For example, if I told you to define your company culture, you probably can come up with a few keywords or aphorisms (“flexible,” “family-oriented,” “dynamic,” etc.) but structuring those amorphous and subjective concepts into structured, standardized data that can actually align what’s on a resume with the right culture inputs is easier said than done. But it’s the data in that’s going to determine success in this the new age of automation – as much so, if not more, than the much-heralded outputs inherent to the advent of AI in business.

Without the right syntax and structure, without the right raw data and resource alignment, the robots are doomed to fail – or worse, go all HAL on you and more or less go rogue (or more realistically, develop a machine learning disability in terms of analytical efficacy). Performance and programming in robotics are directly correlated – so getting it right even before going online with this new wave of tech is critical – or else, the robots are as doomed to failure as you would be today if as a recruiter, you didn’t know how to adequately or articulately convey your organizational nuances or competitive differentiators in a clear, concise and cogent way.

And despite our many efforts to the contrary, there are just some things, turns out, you just can’t program. This is what the Industrial Revolution educated us. It’s extremely basic: in case you’re a selection representative or recruiter who right now figures AI would never at any point supplant your activity, you are mixed up. Truth be told, you’re not simply credulous, you’re dead off-base.